Alan is a Senior Supervisory Special Agent with the Pennsylvania Office of Attorney General and currently assigned to the Office of Public Engagement. Agent McGill has been a professional investigator for 30 years with 23 years in law enforcement. He began as a Private Investigator and then became a Freeport Police Officer for three years before joining the Pennsylvania Office of Attorney General where he spent the last 20 years with the Bureau of Narcotics Investigation and Drug Control. Agent McGill has served the Attorney General's Office as both a street supervisor and Drug Diversion Unit Supervisor, Undercover Narcotics Agent, Drug Task Force Coordinator, Drug Diversion Agent, Computer Voice Stress Analyst, PDMP BNI Statewide supervisor, Clandestine Laboratory Enforcement Program member and an "A" and "B" Technician installing wiretap equipment. Although Agent McGill's undercover experience is extensive, he is best known as a subject matter expert in Drug Diversion and Pharmaceutical Investigations. Agent McGill has personally conducted and/or supervised hundreds of diversion investigations at pharmacies, hospitals and nursing homes along with health and oversight duties such as inspections of pharmaceutical drugs and records. Additionally, Agent McGill has been conducting Drug Diversion presentations to clinicians at various hospitals, and medical associations throughout Pennsylvania and has been a national speaker on the topic. Additionally, Agent McGill is a guest lecturer at 7 Pennsylvania University clinician programs. Agent McGill has been training law enforcement on prescription drug investigations since 2012 at the OAG Agent Academy and Pennsylvania State Police Training facilities. In 2017 and 2018 Agent McGill authored an 8 hour Basic Drug Diversion Course and a Three Day Advanced Drug Diversion Course of which both are certified by the MPOETC (Municipal Police Officers Education and Training Commission) for 8 hours and 18 hours of continued education respectively. Agent McGill is an Executive Committee member of NASCSA (National Association of State Controlled Substance Authorities) where he serves on the Program Committee and chairs the Education Committee. 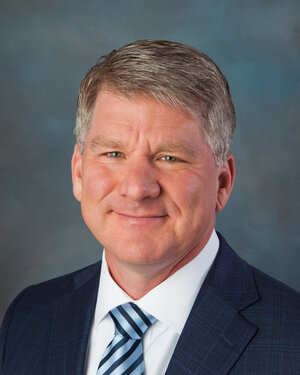 Joe is currently the Assistant Executive Director / Chief Operations Officer for the Louisiana Board of Pharmacy directly responsible for the Louisiana Prescription Monitoring Program (PMP) as well as the Board’s Compliance, Licensing, and Administrative Divisions. In December of 1990, he obtained a B.S. in Pharmacy from Northeast Louisiana University and was licensed as a Louisiana Pharmacist in March of 1991. After practicing in both the independent and chain retail sector of pharmacy for 12 years he was selected in 2002 as a Compliance Officer for the Louisiana Board of Pharmacy. In 2008, he was chosen by the Board to be the PMP Manager and in December 2012 was selected to be the Assistant Executive Director and has served the Board in that capacity to the present.

Joshua is the Director of the Bureau of Narcotic Enforcement at the New York State Department of Health. He is a former federal prosecutor in the U.S. Attorney’s Office for the Northern District of New York. He has also served as an Assistant Attorney General in the New York State Attorney General’s Criminal Enforcement and Financial Crimes Bureau, and as an Assistant District Attorney in the New York County District Attorney’s Office under Mr. Robert Morgenthau, where he prosecuted narcotics and weapons crimes in the Office of Special Narcotics, and whitecollar crime in the Frauds Bureau. He clerked in the New York State Supreme Court, Appellate Division, Fourth Department, in Rochester, New York. He is a volunteer firefighter.

Melissa DeNoon, R.Ph., joined the SD Board of Pharmacy in February 2016 as the South Dakota Prescription Drug Monitoring Program (SD PDMP) Director. She obtained her B.S. in Pharmacy from South Dakota State University in May 1991 and focused her career in retail pharmacy. Melissa began her retail career as a staff pharmacist for Walgreens in Phoenix, AZ, in June 1991 and was promoted to pharmacy manager in 1997. She transferred with Walgreens to Sioux Falls, SD, in April 2000 and was pharmacy manager at three stores from 2000 to 2012. After 21 years with Walgreens, Melissa accepted the pharmacy manager position at the Brookings, SD, Walmart Pharmacy. She brings a passion to her role as PDMP Director having witnessed throughout her 25 years in retail pharmacy the distressing effects controlled substance misuse, abuse, and diversion have on the individual and their family. As PDMP Director, she is a member of the PMP InterConnect Steering Committee, the RxCheck Governance Board, the National Association of Drug Diversion Investigators (NADDI), and the NASCSA PMP Committee including three of its subcommittees. 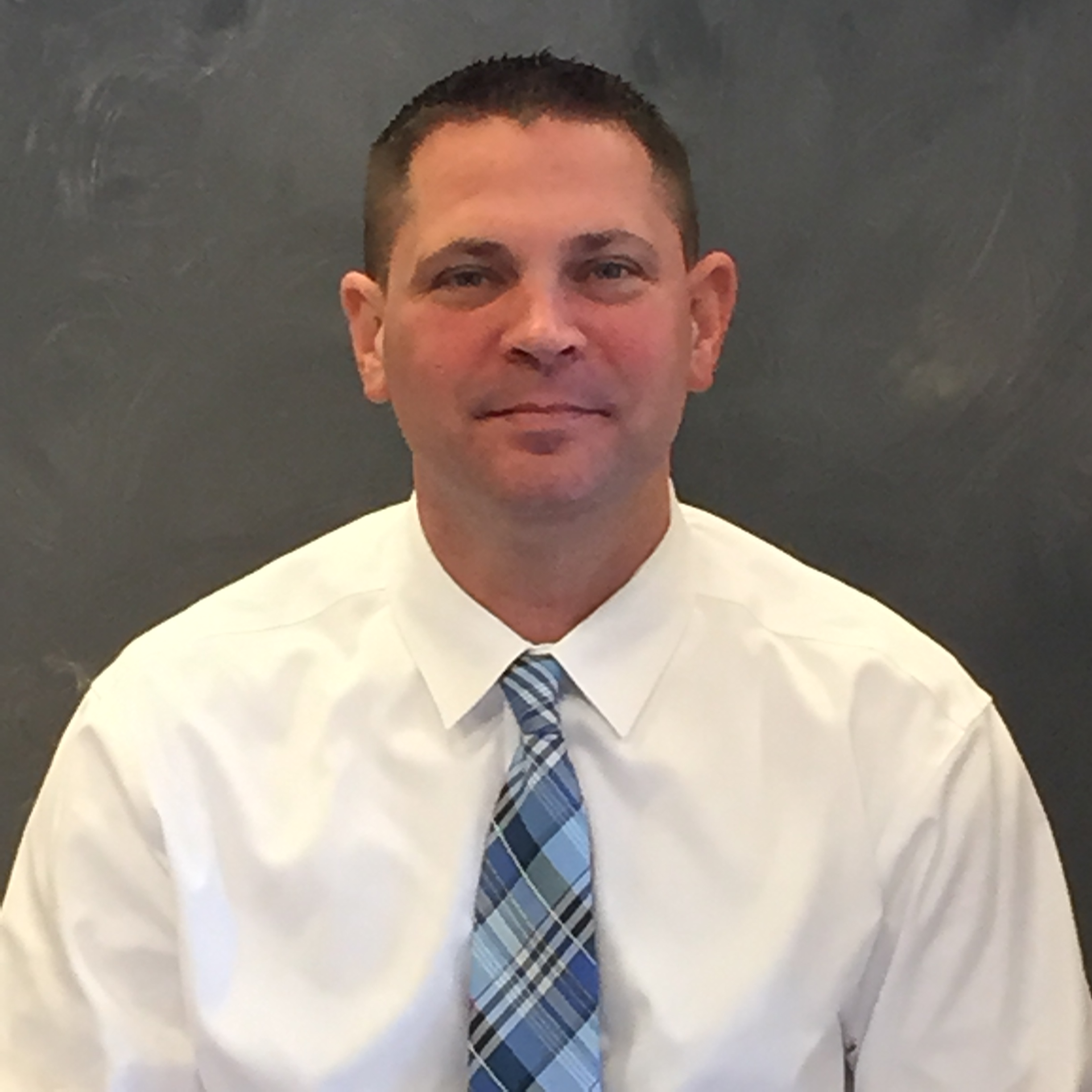 Eric is the Director of Compliance & Enforcement for the State of Ohio Board of Pharmacy. He oversees the daily operations of the Compliance & Enforcement Division, managing a staff of more than thirty investigators and support staff. He routinely directs major investigations, facilitates public outreach and training, and coordinates multi-agency initiatives. Eric started his law enforcement career at Delaware County Sheriff’s Office where he served in numerous positions including Detective, Sergeant, Drug Task Commander, and Lieutenant. Eric has led and participated in a multitude of investigations at the State and Federal Level in the prosecution of Homicides and Major Drug Offenders to Health Care Professionals. As a Lieutenant, he supervised and oversaw the daily operations of the Detective Bureau, Drug Task Force and Administrative Investigations. Eric has more than twenty years of law enforcement experience and has attended countless training sessions across the country. Eric regularly presents on issues concerning drugs of abuse and diversion to law enforcement, administrative agencies, and the general public.

Jason joined the Delaware Office of Controlled Substances in September of 2017 as the Delaware PMP Administrator. He holds a Doctor of Pharmacy degree from Wilkes University and is a licensed pharmacist in Delaware, Maryland, and Pennsylvania. Prior to becoming the Delaware PMP Administrator, Jason served in a management role for several pharmacy retailers. Jason also served as a consultant for RxWiki and as a Medical Science Liaison for a company specializing in pharmacogenomics. Jason is responsible for the management and daily operation of Delaware’s PMP program. He sits on several advisory boards and committees in the State of Delaware and nationally.

Kathy is Executive Director of the National Association of State Controlled Substances Authorities (NASCSA), having served in that capacity for the past seven years. Prior to that she served as President of NASCSA and had several leadership positions in the organization. Ms. Keough has nearly 30 years of experience in the health care industry, specifically in the areas of health care policy and related regulatory issues. She has held a variety of public policy positions in the private sector as well as the public sector, having worked at the Massachusetts Department of Public Health where she held a variety of policy positions. A graduate of Suffolk University, where she received a Bachelor’s Degree in Journalism, Ms. Keough received her Master’s Degree from the McCormick Institute of Public Policy from the University of Massachusetts in Boston. She currently serves as a member of the Massachusetts Pharmacists Association Board of Directors and was the recipient of the “Pharmacist of the Year” Award from that organization in 2007 and is involved with a number of charitable organizations.